Yes my friends, this IS a store bought cake. You can get up off the floor for those of you who fell over. This was a very agonizing decision for me. With Jack's birthday the week after Thanksgiving, time is not always on my side. When we got back from ND and I saw all that was on my calendar for the week I just did not know when I would find time to make a cake. I made the decision to buy a cake and then called Darin to get confirmation that I was not a bad parent. Jack was very excited to go to the store and pick out his cake. I on the other hand was so worried that he was going to feel slighted that I did not make his cake like I had for his brother's 5th birthday (trying to be the most fair mom you know). When he saw the actual real live cake he was more than excited. Now I just have to worry that Lucas is going to feel slighted that he had to do with a mom made cake instead of a cool store bought cake. When do we quit worrying about how bad we are scarring our children???? 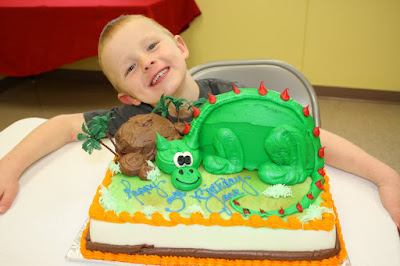 One hour of running and jumping with his friends. What a great party. 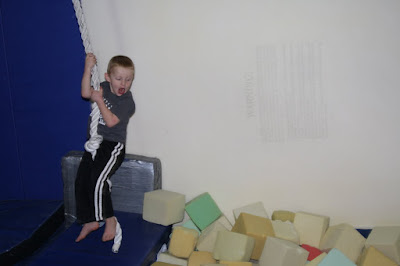 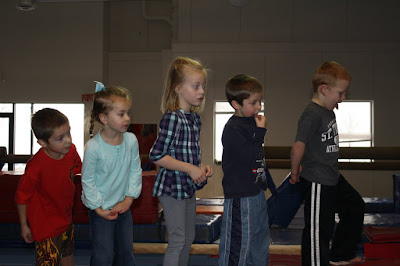 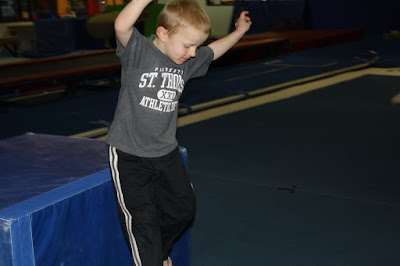 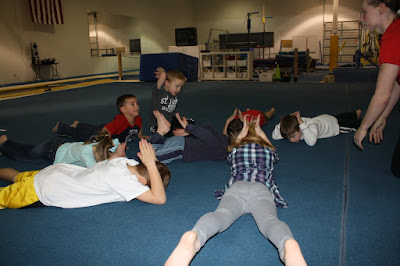 The crew hanging out in the foam pit all played out!!! 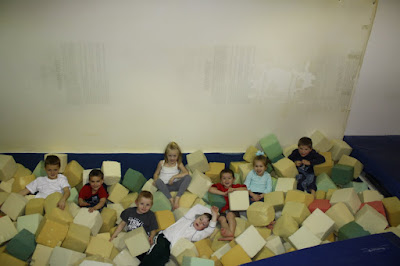 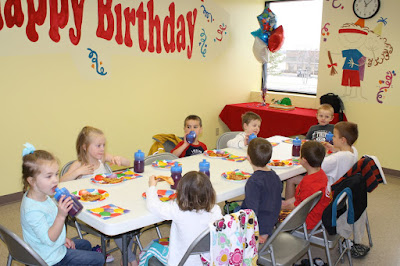 Jack playing embarrassed when everyone was singing to him. 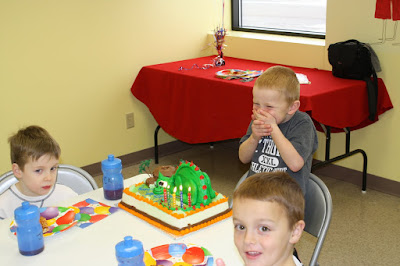 The only slow thing he did all day....blow out the candles one by one. 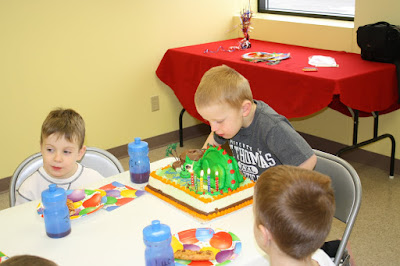 Had a hard time getting good pictures at the family party because Jack was his normal self and was going 90 miles an hour. Hard to catch that on film. 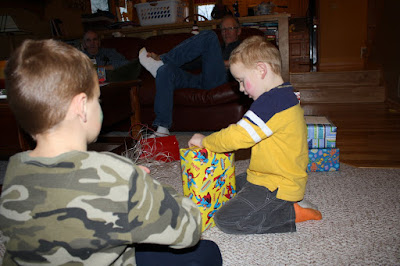 Lucas was a great big brother reading all the cards to Jack and thanking all the right people at the right time for Jack's gift. 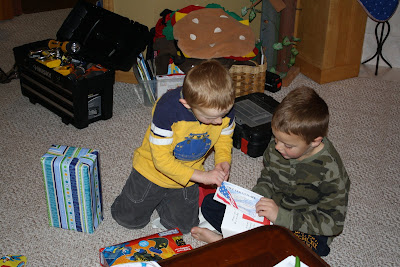 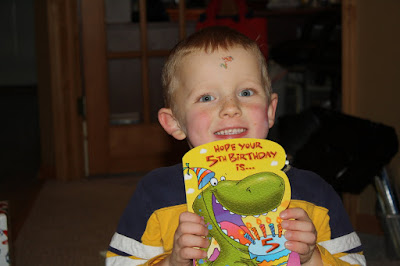 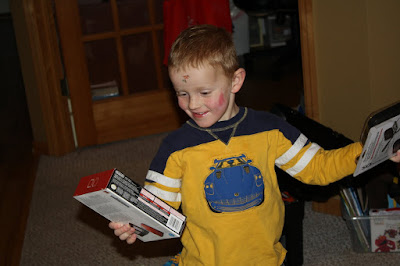 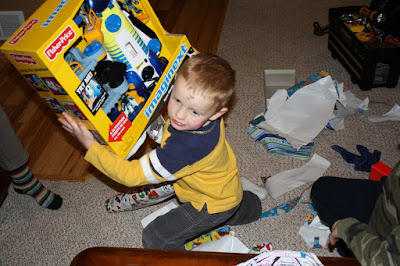 Jack playing shy again. We could hardly get him to blow out his candles. Go figure!!! 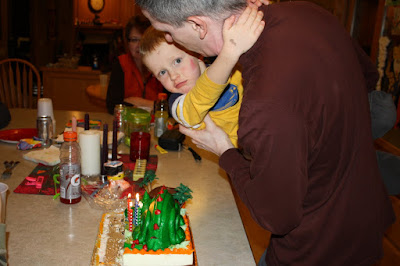 Happy Birthday Jack!!! Love that dinosaur cake, I think you made the right decision :) I'm pretty impressed that you've been making them from scratch all these years!