So, on day 3 of school I get a call from the school nurse informing me that Lucas had an accident on the school playground and he has a fracture. He is asking to come home. Since she is so calm I am a bit confused so she helps me a bit and tells me Yes, he needs to go to the ER! This is what I find when I get to the school and see Lucas in the nurse's office. He was being so brave. We carefully got him loaded into the van and headed to the 212 ER. Every bump we hit was so painful for him. 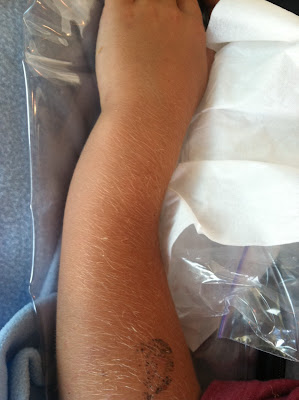 We got him xrayed and I think I would call it a break not a fracture. The PA consulted with an orthopedic surgeon and we decided to head to Waconia so that he could set the bone. 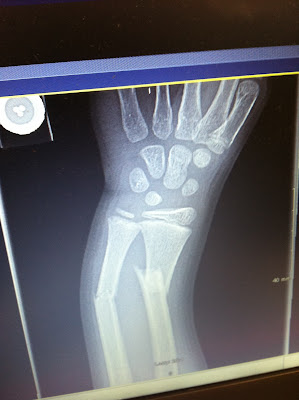 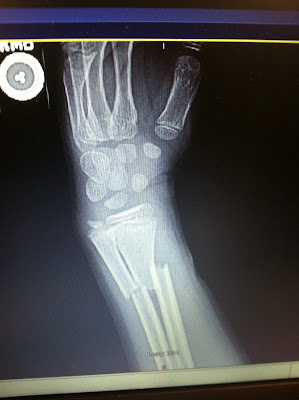 Lucas is chilling and waiting for the ambulance to transport us to the hospital. 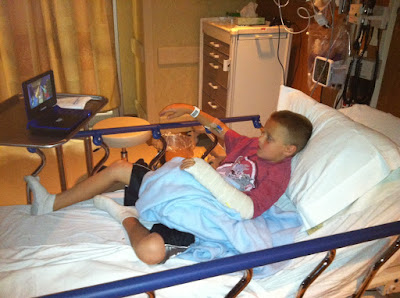 Lucas went in for surgery around 7pm. The doctor came out around 8pm and said he had been trying to set the arm and he just could not get it set. He thought there may be some muscle in the way. He said he would have to make an incision and use pins to set the bone. Two hours later he finally came back and said it was done. He said it was a lot harder than he thought it was going to be. He has been setting arms for 26 years and this is only the 2nd time he has seen a break like this. We are just thankful it is set and getting ready to heal. This is our patient the next morning after his first ever hospital stay. 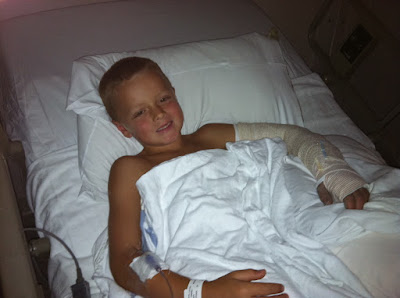 A nice after xray to show us the pins that are being used to hold the bigger bone in place. We are looking at removal around 4-5 weeks. 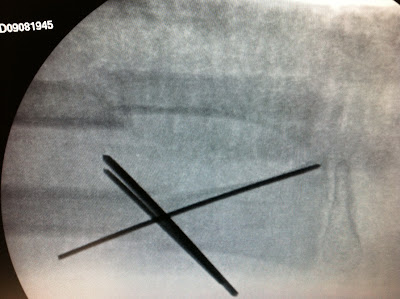 The happy camper back home. Our next step will be a permanent cast once the bone starts to set. 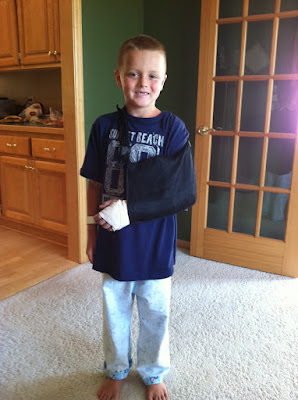