We headed out to Wisconsin Dells for some fun over MEA break.  We had a great time at the water park and amusement park with the Anderson clan.  Much fun was had and even a little sleep. 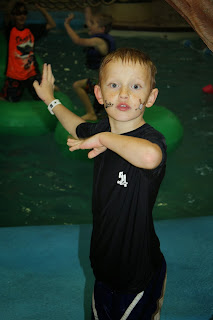 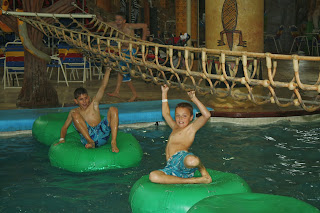 I can't count the number of time that the boys went on the ropes course.  By the end they were on the hardest course and almost running.  I, on the other hand, did it twice and walked very slow and cautiously. 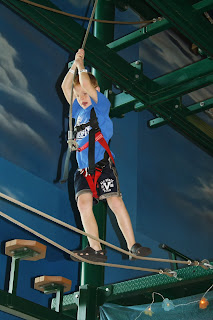 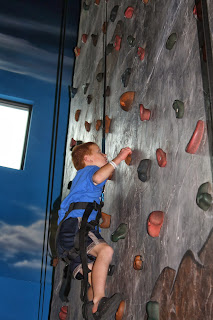 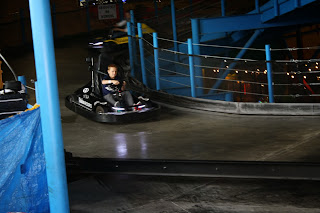 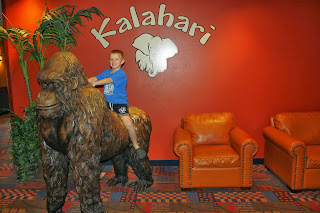 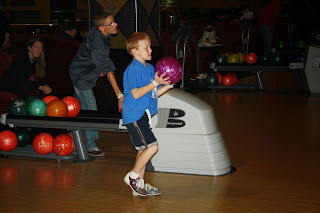 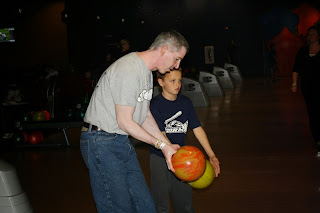 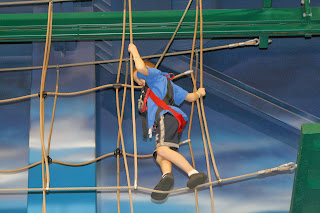 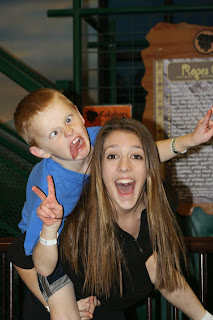 And the race is on.  The climbing wall is not as fun unless you are competing to see who gets to the top first. 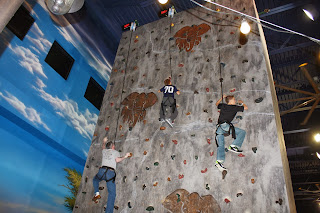 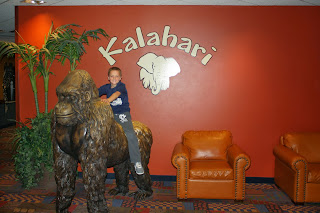 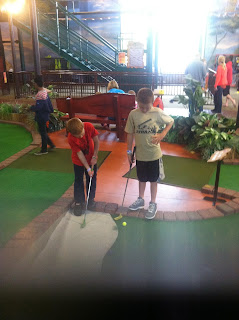 Jack found the craft area at the hotel.  He managed to win the coloring contest twice while we were there and then spent some time painting pumpkins. 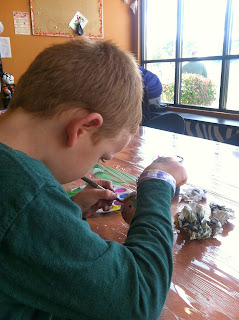 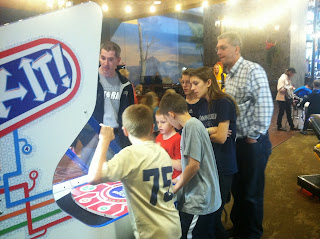 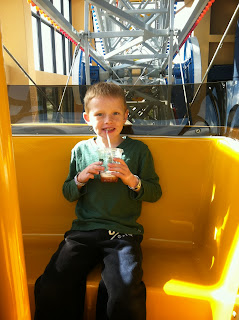 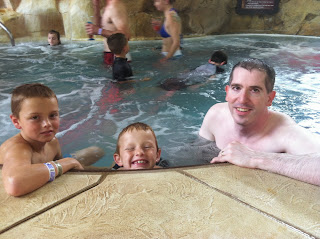 Jack was bummed that he was not tall enough to drive the go cart himself so his 2nd choice was to ride with uncle Jason. 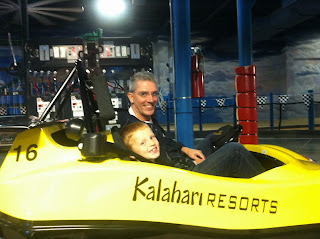