It finally arrived.  After planning for 1 year we surprised the boys with a trip to Disney.  They had no clue we were even leaving on vacation until the weekend before we left.  If it wasn't for extra math homework we would have made it until the morning we left.  The boys found out at the airport where we were headed. 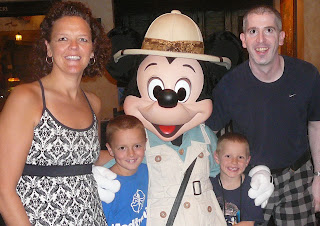 This was the first time they had flown so the memories began before we even left Minneapolis. 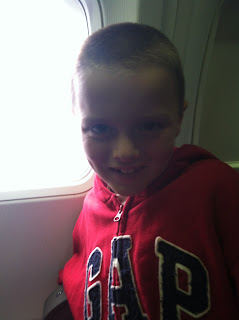 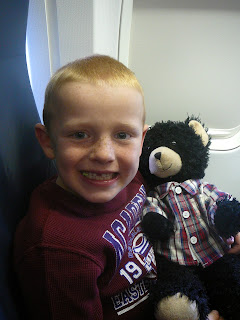 We made sure to fit in absolutely everything we could in during the 7 days we were there.  The first day we were at Magic Kingdom before it opened until it closed.  We saw fireworks at 3 different parks.  Our favorite being at Magic Kingdom. 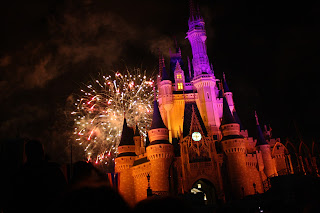 Every day we rode the bus to and from the parks.  Here we are happily awaiting our bus. 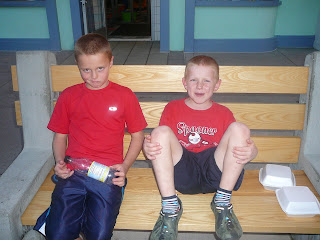 We rode almost every ride in every park.  There were very few the boys did not like!  Some they liked so much we were on them numerous time. 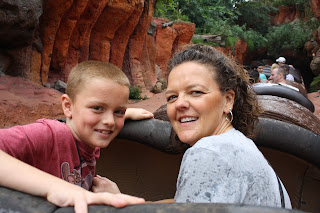 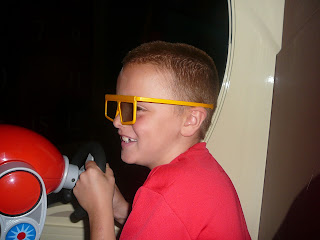 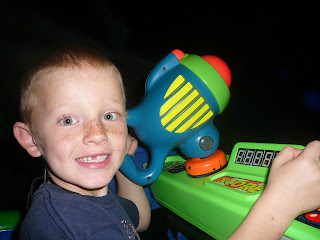 And of course....many lines to stand in. 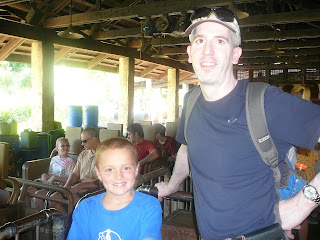 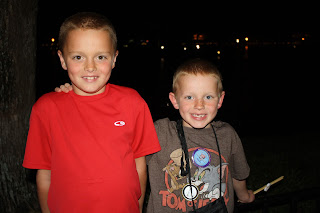 And of course....lots of photo opportunities. 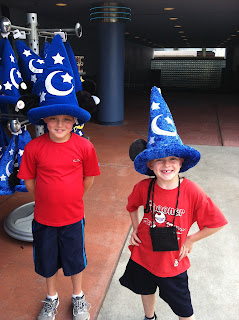 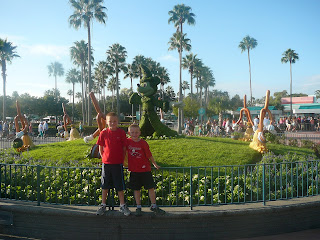 We also managed to find a little bit of time to play at the pool. 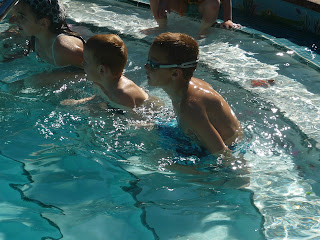 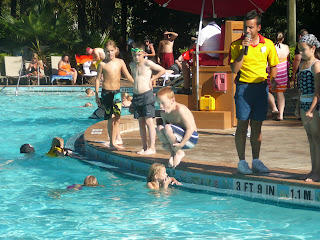 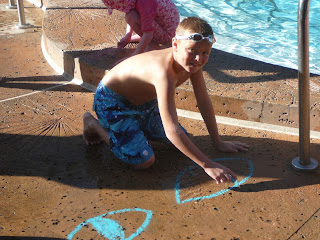 One of the highlights was the Jedi training that the boys got to take and then they got to fight Darth Vader in front of a little mini crowd cheering them on. 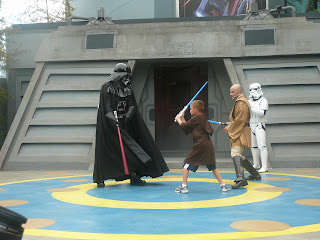 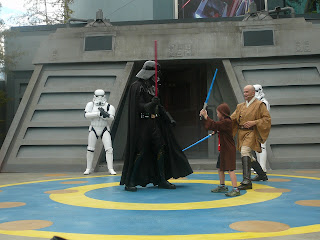 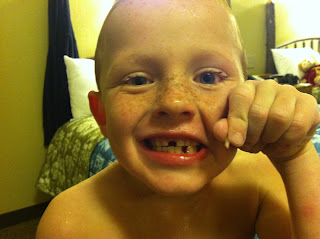 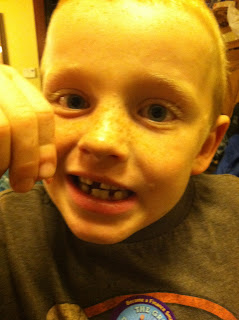 The boys got an opportunity to see many characters.  This is my favorite picture as Tigger has always been my favorite Disney character. 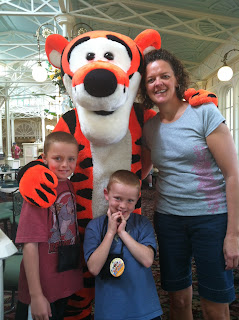 Memories I hope they always treasure. 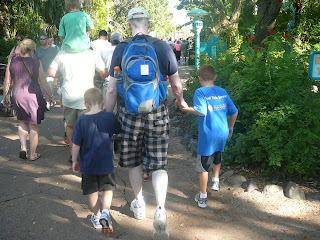