Lucas' 2nd pinewood derby took place today. His car, the torch, took 2nd place in his den. The pack race was the same time as his basketball game. He chose to go to basketball instead of race again. He will be able to race at District's later in March. 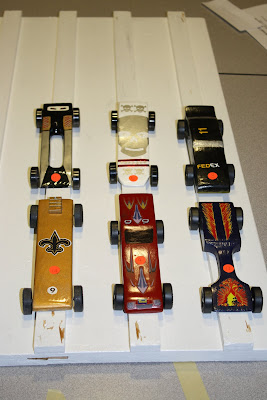 The boys waiting for the first race. 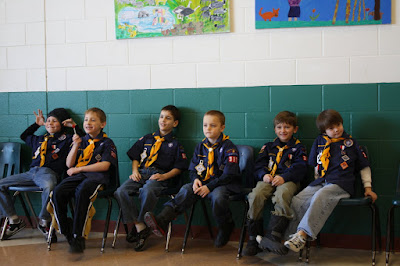 Lucas' car is in lane 3 for his first race. 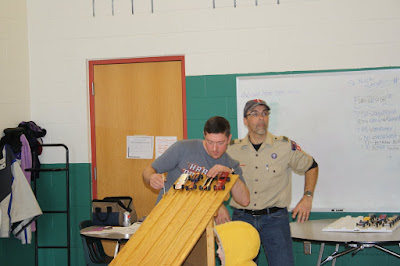 As you can see the car's were racing at lightning speed. Lucas, in lane 3, finished first. 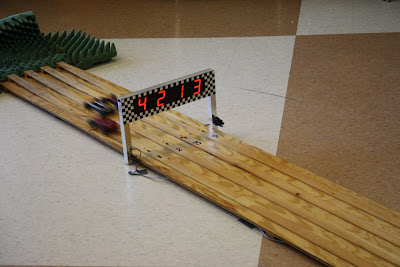 Lucas receiving his pin and trophy for coming in 2nd overall. 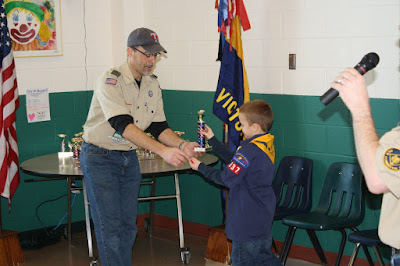 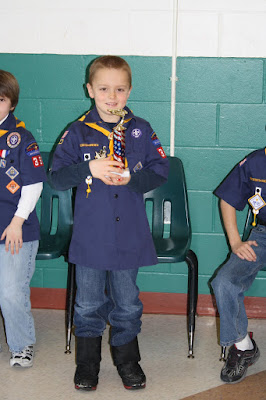 The gang with their trophies. 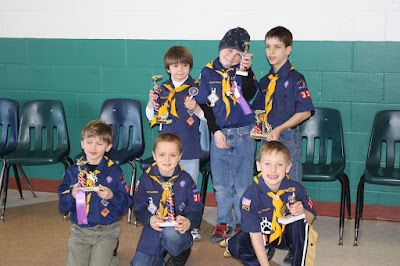 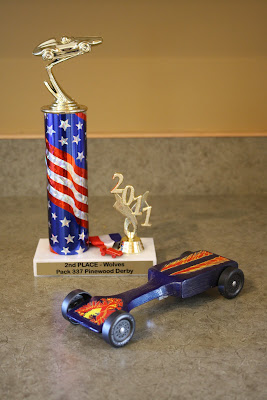